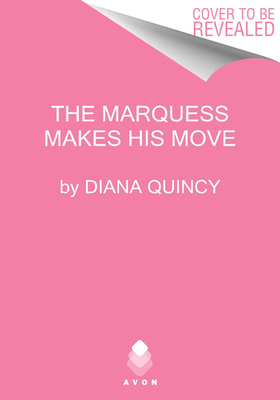 This is book number 3 in the Clandestine Affairs series.

Diana Quincy returns with the newest novel in the Clandestine Affairs series with a steamy romance about a half-Arab marquess seeking revenge on—and falling for—London’s most famous mapmaker.

The new footman doesn’t seem to know his place…

London’s most renowned mapmaker is a woman...but nobody knows it. If anyone discovers that Rose Fleming is the power and talent behind the family business, the scandal could ruin them. Rose’s secret is tested by the arrival of a handsome new footman who shows far too much interest in his new mistress. Rose battles an intense attraction to the enigmatic servant, but maintaining a proper distance isn’t easy when you and temptation live under the same roof.

She makes him forget he has a score to settle…

Few have met the reclusive half-Arab Marquess of Brandon, who is rumored to live with a harem of beauties among his mother’s people near Jerusalem. Brandon couldn’t care less what society thinks of him, or that his fellow peers are disdainful of his common blood, but he won’t stand for being robbed. That’s why he's disguised himself as a footman in the home of a respected mapmaker who cheated Brandon out of his land. But the nobleman's plans for retribution are complicated by his growing attraction for the secretive lady of the house.

When Brandon uncovers the shocking truth about Rose’s role in his stolen birthright, can a love born of deception really conquer all?

Bestselling author Diana Quincy is an award-winning former television journalist who decided to make up stories where a happy ending is always guaranteed. Her books have been included on "Best of" lists in Library Journal and The Washington Post.

As a U.S. Foreign Service brat, Diana grew up all over the world, but is now happily settled in Virginia with her husband and two sons. When not bent over her laptop, Diana spends time with her family, reads, practices yoga and plots her next travel adventure.

"Her Night with the Duke is an original story that will grab you from the first page and not let go. The angst level is deliciously high and I had no idea how Leela and Hunt were going to work this out... This is a book not to be missed!" — Joanna Shupe, award-winning author of The Devil of Downtown

"A delightfully multifaceted story from a writer who continues to map out new territory for Regency romance." — Kirkus Reviews

"Suspicion, secrets, and forced proximity makes the romance sizzle and Quincy expertly crafts an empowered heroine while staying true to the period setting. The will hook new readers and delight fans." — Publishers Weekly

"...stellar...Quincy deftly illustrates just how skillfully she is changing the map for historical romance..." — Booklist