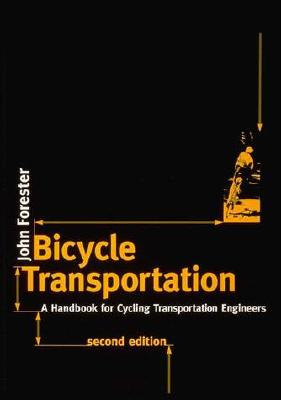 This new edition of John Forester's handbook for transportation policy makers and bicycling advocates has been completely rewritten to reflect changes of the last decade. It includes new chapters on European bikeway engineering, city planning, integration with mass transit and long-distance carriers, traffic calming, and the art of encouraging private-sector support for bicycle commuting. A professional engineer and an avid bicyclist, John Forester combined those interests in founding the discipline of cycling transportation engineering, which regards bicycling as a form of vehicular transportation equal to any other form of transportation. Forester, who believes that riding a bicycle along streets with traffic is safer than pedaling on restricted bike paths and bike lanes, argues the case for cyclists' rights with zeal and with statistics based on experience, traffic studies, and roadway design standards. Over the nearly two decades since Bicycle Transportation was first published, he has brought about many changes in the national standards for highways, bikeways, bicycles, and traffic laws. His Effective Cycling Program continues to grow.