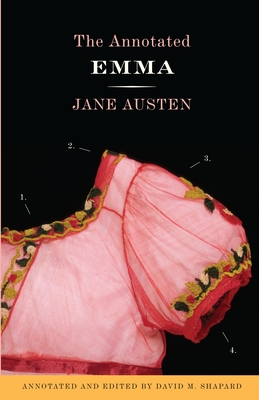 From the editor of the popular Annotated Pride and Prejudice comes an annotated edition of Jane Austen’s Emma that makes her beloved tale of an endearingly inept matchmaker an even more satisfying read. Here is the complete text of the novel with more than 2,200 annotations on facing pages, including:

- Explanations of historical context
- Citations from Austen’s life, letters, and other writings
- Definitions and clarifications
- Literary comments and analysis
- Maps of places in the novel
- An introduction, bibliography, and detailed chronology of events
- Nearly 200 informative illustrations

Filled with fascinating information about everything from the social status of spinsters and illegitimate children to the shopping habits of fashionable ladies to English attitudes toward gypsies, David M. Shapard’s Annotated Emma brings Austen’s world into richer focus.

Jane Austen (1775–1817) was born in Hampshire, England, where she spent most of her life. Though she received little recognition in her lifetime, she came to be regarded as one of the great masters of the English novel.