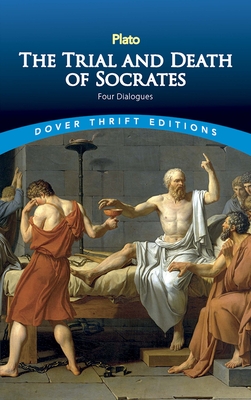 The Dialogues of Plato (427-347 B.C.) rank with the writings of Aristotle as the most important and influential philosophical works in Western thought. In them Plato cast his teacher Socrates as the central disputant in colloquies that brilliantly probe a vast spectrum of philosophical ideas and issues. None is more exciting and revelatory than the four dialogues -- Euthyphro, Apology, Crito, and Phaedo -- on themes evoked by the trial and death of Socrates, accused by his enemies and detractors of crimes against the state, among them "impiety" and "corruption of the young."
In Euthyphro, Socrates explores the concepts and aims of piety and religion: in Apology, he courageously defends the integrity of his teachings; in Crito, he demonstrates his respect for the law in his refusal to flee his death sentence; and in Phaedo embraces death and discusses the immortality of the soul. The four dialogues are presented here in the authoritative translation by the distinguished classical scholar Benjamin Jowett, renowned for his translations of Plato.

Plato ranks among the most familiar ancient philosophers, along with his teacher, Socrates, and his student, Aristotle. In addition to writing philosophical dialogues -- used to teach logic, ethics, rhetoric, religion, and mathematics as well as philosophy -- he founded Athens' Academy, the Western world's first institution of higher learning.