Cold Steel: The Art of Fencing with the Sabre (Dover Books on History) (Paperback) 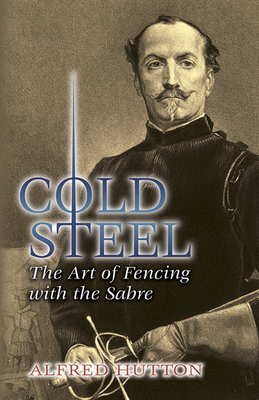 Cold Steel: The Art of Fencing with the Sabre (Dover Books on History) (Paperback)


Available to Ship from Warehouse - Ships in 3 - 6 days.
(This item cannot be returned.)
A pioneer of modern fencing, Alfred Hutton was the first president of the Amateur Fencing Association and a father of modern research into the Western combat arts. In addition to his lectures about ancient weapons and his demonstrations of their use, Hutton created this 1889 classic, a continuing source of instruction and enlightenment to modern readers.
The techniques associated with the sabre differ markedly from those of the epee and the rapier. This study offers both technical and historical views of the art of the sabre. It begins with a look at the weapon's construction and its grip, followed by explanations of a variety of different strokes and parries as well as methods of combining attack and defense. Additional topics include approaches suitable for left-handed fencers, ceremonial aspects of the art, and contrasts between the sabre, the bayonet, and the French sword. Descriptions of associated weapons cover the great stick and the constable's truncheon, and the book concludes with considerations of the short sword-bayonet, or dagger. Fifty-five illustrations demonstrate how to hold the sabre, how to parry and guard, seizure, and numerous other aspects of the art of fencing with a sabre.