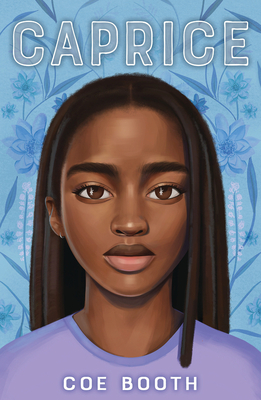 
Available to Ship from Warehouse - Ships in 3 - 6 days.
From the groundbreaking author of Tyrell, an astonishing middle-grade novel about a girl overcoming the secrets and abuse of her past.

This should be an exciting time for Caprice. She has been offered a place at the school of her dreams, where she's just had a fantastic summer. But this great opportunity coincides with a lot of internal doubt and the disturbing news that her long-estranged grandmother has fallen ill and may be near death. As Caprice tries to figure out her future, she is pulled back toward her past, and the abuse she endured from her uncle when she was little -- an abuse she's never told anyone about.

With extreme sensitivity and honesty for middle-grade readers, Coe Booth has written a painful but ultimately healing novel about finding support from your parents and friends, articulating your truth, and choosing your own path.

Coe Booth is a graduate of The New School's Writing for Children MFA program, and a winner of the LA Times Book Prize for Young Adult Fiction. She is the author of Tyrell and Kendra, and was born and still lives in the Bronx.

An ALA Best Book for Young Adults

* "Heartbreakingly realistic... Unlike many books reflecting the contemporary street scene, this one is more than just a pat situation with a glib resolution; it's filled with surprising twists and turns that continue to the end." -- Booklist, starred review

"The author so convincingly grounds her story in Tyrell's tough-talking but vulnerable voice that we are won over to his side." -- Horn Book, starred review

"Booth combines the rhythm of raw street lingo with the harsh realities of an inner-city urban life to illuminate the labyrinth of Tyrell's world... This is a thrilling, fast-paced novel whose strong plot and array of vivid, well-developed characters take readers on an unforgettable journey through the gritty streets of New York City's South Bronx." -- School Library Journal, starred review

* "Booth has a talent for emotional honesty... feelings of abandonment and betrayal radiate from the page... Booth delivers dynamic characters and an engaging story." School Library Journal, starred review