Just Hierarchy: Why Social Hierarchies Matter in China and the Rest of the World (Hardcover) 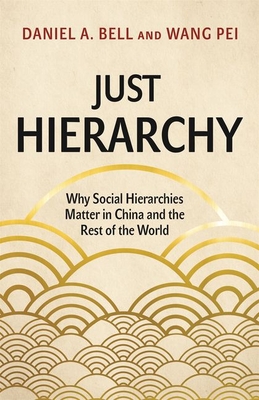 Just Hierarchy: Why Social Hierarchies Matter in China and the Rest of the World (Hardcover)

By Daniel a. Bell, Wang Pei

A trenchant defense of hierarchy in different spheres of our lives, from the personal to the political

All complex and large-scale societies are organized along certain hierarchies, but the concept of hierarchy has become almost taboo in the modern world. Just Hierarchy contends that this stigma is a mistake. In fact, as Daniel Bell and Wang Pei show, it is neither possible nor advisable to do away with social hierarchies. Drawing their arguments from Chinese thought and culture as well as other philosophies and traditions, Bell and Wang ask which forms of hierarchy are justified and how these can serve morally desirable goals. They look at ways of promoting just forms of hierarchy while minimizing the influence of unjust ones, such as those based on race, sex, or caste. Which hierarchical relations are morally justified and why? Bell and Wang argue that it depends on the nature of the social relation and context. Different hierarchical principles ought to govern different kinds of social relations: what justifies hierarchy among intimates is different from what justifies hierarchy among citizens, countries, humans and animals, and humans and intelligent machines. Morally justified hierarchies can and should govern different spheres of our social lives, though these will be very different from the unjust hierarchies that have governed us in the past. A vigorous, systematic defense of hierarchy in the modern world, Just Hierarchy examines how hierarchical social relations can have a useful purpose, not only in personal domains but also in larger political realms.
Daniel A. Bell is dean of the School of Political Science and Public Administration at Shandong University in Qingdao. His previous books include The China Model (Princeton). Wang Pei is assistant professor at the China Institute at Fudan University in Shanghai.