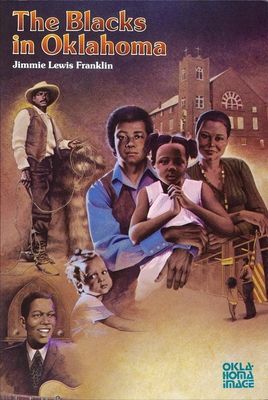 By Jimmie Lewis Franklin
Product may not be available.

In 1980, the University of Oklahoma Press published a ten-book series titled Newcomers to a New Land that described and analyzed the role of the major ethnic groups that have contributed to the history of Oklahoma. The series was part of Oklahoma Image, a project sponsored by the Oklahoma Department of Libraries and the Oklahoma Library Association and made possible by a grant from the National Endowment for the Humanities.

In response to numerous requests, the University of Oklahoma Press has reissued all ten volumes in the series. Published unaltered from the original editions, these books continue to have both historical and cultural value for reasons the series editorial committee stated as well.

"Though not large in number as compared to those in some states, immigrants from various European nations left a marked impact on Oklahoma's history. As in the larger United States, they worked in many economic and social roles that enriched the state's life. Indians have played a crucial part in Oklahoma's history, even to giving the state her name. Blacks and Mexicans have also fulfilled a special set of roles, and will continue to affect Oklahoma's future. The history of each of these groups is unique, well worth remembering to both their heirs and to other people in the state and nation. Their stories come from the past, but continue on the future."

END_OF_DOCUMENT_TOKEN_TO_BE_REPLACED

This feature require that you enable JavaScript in your browser.
END_OF_DOCUMENT_TOKEN_TO_BE_REPLACED

This feature require that you enable JavaScript in your browser.
END_OF_DOCUMENT_TOKEN_TO_BE_REPLACED

This feature require that you enable JavaScript in your browser.
END_OF_DOCUMENT_TOKEN_TO_BE_REPLACED