Reconsidering a Century of Flight (Paperback) 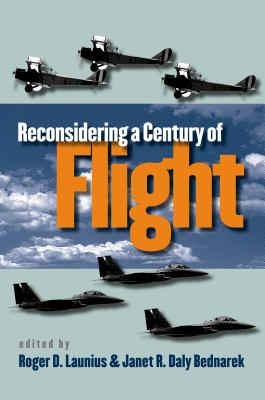 Reconsidering a Century of Flight (Paperback)


Available to Ship from Warehouse - usually ships in 6 - 10 days.
On December 17, 1903, Orville and Wilbur Wright soared into history during a twelve-second flight on a secluded North Carolina beach. Commemorating the 100th anniversary of the first flight, these essays chart the central role that aviation played in twentieth-century history and capture the spirit of innovation and adventure that has characterized the history of flight.

The contributors, all leading aerospace historians, consider four broad themes relating to the development of flight technology: innovation and the technology of flight, civil aeronautics and government policy, aerial warfare, and aviation in the American imagination. Through their attention to the political, economic, military, and cultural history of flight, the authors establish that the Wrights' invention--and all that followed in both air and space--was one of the most significant technologies of the twentieth century, fundamentally reshaping our world.

Roger D. Launius is a curator at the National Air and Space Museum, Smithsonian Institution. He has written or edited a number of books, including "Imagining Space: Achievements, Projections, Possibilities, 1950-2050."