Embracing the Void: Rethinking the Origin of the Sacred (Diaeresis) (Paperback) 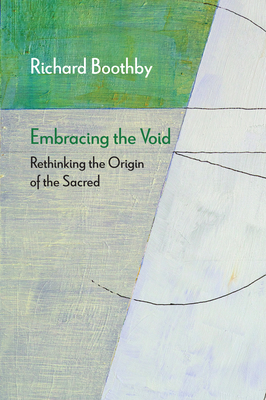 Embracing the Void: Rethinking the Origin of the Sacred (Diaeresis) (Paperback)

This item may not be for sale. Contact store for more information.

Renowned psychoanalytic philosopher Richard Boothby puts forward a novel theory of religion inspired by Jacques Lacan’s theory of das Ding, the disquieting, inaccessible dimension of fellow human beings. This notion of an unfathomable excess, originally encountered in the figure of the mother, led Lacan to break with Freud’s formulation of the Oedipus complex and underlies Lacan’s distinctive conception of unconscious dynamics. Leaning on this account, Boothby shows how our sense of the sacred arises from our relation to what we do not know.

Embracing the Void lays out the range of Freud’s attempts at a psychoanalytic theory of religion and then sketches the rough contours of Lacan’s contrasting approach. From there, Boothby offers the theoretical tools for interpreting the religious impulse and analyzes key religious traditions, from ancient Greek polytheism to Judaism and Christianity, and from Hinduism and Buddhism to Islam, finally turning to modern capitalist culture and the seductive deity that dominates it—money. Lucid, accessible, and compelling, the book provides a cogent intervention in one of the psychoanalytic tradition’s most contentious topics and offers a new approach to our understanding of religion.

RICHARD BOOTHBY is a professor of philosophy at Loyola University Maryland. He is the author of Death and Desire: Psychoanalytic Theory in Lacan’s Return to Freud; Freud as Philosopher: Metapsychology after Lacan; Sex on the Couch: What Freud Still Has to Teach Us about Sex; and the memoir Blown Away: Refinding Life after My Son’s Suicide.

“This brilliant and original book offers a crystalline explanation of one of Lacan’s key concepts and of his structural revision of Freud. Neither a history nor a genealogy, the discussion creates a kind of taxonomy of religious approaches to the problems generated by our nature as subjects in a psychoanalytic sense. It is a tour de force.” —Molly Anne Rothenberg, author of The Excessive Subject: A New Theory of Social Change

"By adroitly reading the sacred through the lens of Lacan’s notion of das Ding, Boothby situates the unknowable—and perhaps even a hint of the divine—at the very heart of human subjectivity at the same time as he gestures toward what cannot be contained by this subjectivity. This may be the quintessential act of raising 'a mundane object to the dignity of the Thing.' A landmark text in Lacanian theory." ––Mari Ruti, author of The Singularity of Being: Lacan and the Immortal Within

“A novel and unusually perceptive work. Richard Boothby charts a new path for our thinking about politics and what it means to be human—a path in which religion and notions of the sacred are not dismissible but inescapable. This book’s insights have genuine theoretical and political salience and are conveyed with distinctive clarity.” —Paul Eisenstein, coauthor of Rupture: On the Emergence of the Political

“At first sight, Lacan and Jesus might strike us as strange bedfellows. Echoing Tertullian’s famous question, ‘what has Athens to do with Jerusalem,’ it seems only reasonable to ask, ‘what has Psychoanalysis to do with Christianity?’ In this fantastic work, Boothby offers us a surprising answer. Not only is the reader rewarded with a clear and concise understanding of Lacan’s theory of desire, but this is expertly deployed to open up the depths of Jesus’ seemingly impossible injunction to love one’s enemy. In the hands of Boothby, we see this as a call to be radically receptive to the destabilizing and enigmatic abyss of the other’s desire. If the basic vocation of the religious is to tarry with, and be transformed by, the formidable mystery at the heart of reality, then Boothby argues that this vocation is achieved through nothing else than tarrying with, and being transformed by, the formidable dimension of mystery at the heart of one’s neighbour.” ––Peter Rollins, author of How (Not) to Speak of God and The Orthodox Heretic

"In this exceptional feat of scholarship, Boothby presents nothing less than a new psychoanalytic account of religion, which is likely to become a touchstone for all future considerations of the religious experience. Pitting Lacan against Freud, Boothby liberates religion from its unconscious place as a defensive illusion to which Freud had allocated it and reappraises its redemptive function for humanity’s relation with Otherness, as it is encountered in fellow human beings and in oneself. In the process, it is not only the function of religion and the sacred that is being formulated anew, but the foundation of psychoanalysis itself. Deeply learned yet consistently accessible, this book is a genuine triumph of innovative, creative thinking and will appeal to a very broad readership." —Dany Nobus, author of Critique of Psychoanalytic Reason: Studies in Lacanian Theory and Practice