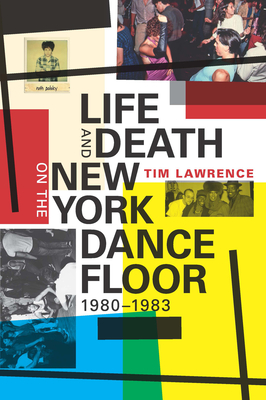 
Available to Ship from Warehouse - usually ships in 6 - 10 days.
As the 1970s gave way to the 80s, New York's party scene entered a ferociously inventive period characterized by its creativity, intensity, and hybridity. Life and Death on the New York Dance Floor chronicles this tumultuous time, charting the sonic and social eruptions that took place in the city's subterranean party venues as well as the way they cultivated breakthrough movements in art, performance, video, and film. Interviewing DJs, party hosts, producers, musicians, artists, and dancers, Tim Lawrence illustrates how the relatively discrete post-disco, post-punk, and hip hop scenes became marked by their level of plurality, interaction, and convergence. He also explains how the shifting urban landscape of New York supported the cultural renaissance before gentrification, Reaganomics, corporate intrusion, and the spread of AIDS brought this gritty and protean time and place in American culture to a troubled denouement.
Tim Lawrence is Professor of Cultural Studies at the University of East London and the author of Love Saves the Day: A History of American Dance Music Culture, 1970-1979 and Hold On to Your Dreams: Arthur Russell and the Downtown Music Scene, 1973-1992, both also published by Duke University Press.