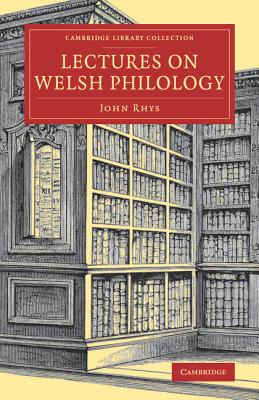 
Available to Ship from Warehouse - Ships in 3 - 6 days.
'The substance of these lectures', John Rhys states in his preface, 'was delivered at Aberystwyth College in 1874 ... but it is hoped that they will also be found intelligible to other than Welsh readers'. Rhys (originally Rees, 1840-1915) had been a student of Jesus College, Oxford, and his interest in linguistics was fired by attending the lectures of German philologists while studying abroad in summer vacations. This 1877 work established him as a scholar, and led to his election as the first professor of Celtic languages at Oxford, and later as principal of Jesus College. Systematic research on Celtic languages using the methods of comparative philology was in its infancy when Rhys was writing, and he emphasises that the new discipline was in a state of flux, but this pioneering work still repays study today. His two-volume Celtic Folklore and his historical work Celtic Britain are also reissued in this series.