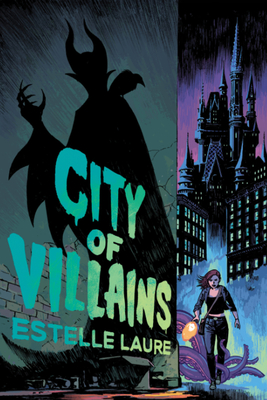 
Available to Ship from Warehouse - Ships in 3 - 6 days.
They made us the villains...
Mary Elizabeth Heart is a high school senior by day, but by night she’s an intern at the Monarch City police department. She watches with envy from behind a desk as detectives come and go, trying to contain the city’s growing crime rate. For years, tension has simmered between the city’s wealthy elite and the residents of the decaying neighborhood called the Scar—once upon a time the epicenter of all things magic.
When the daughter of one of the city’s most powerful businessmen goes missing, Mary Elizabeth is thrilled that the police chief actually puts her on the case. But she soon discovers that one missing person is only the beginning of a larger, more sinister mystery. As the truth circles closer to home, Mary finds herself caught in the fight between those who once had magic, and those who will do anything to bring it back—even if it means creating a few monsters.
Disney's Villains meet a dark world in this glitter fairy tale-inspired crime series that reimagines the origins of Maleficent, Ursula, Captain Hook, and other infamous Disney Villains like you've never seen before.
Estelle Laure is the author of critically acclaimed books for young people, including Mayhem and This Raging Light. Her books have been translated into twelve languages, and she also works as an editorial consultant and educator. She can usually be found under a cat, a do, or a child. She lives in Taos, New Mexico with her family. Visit her online at www.estellelaure.com.
"A glimpse of the dark side of Disney with a tenacious heroine and fast-paced suspense; a great choice for reluctant teen readers"—School Library Journal