MOBY DICK or THE WHALE (Paperback) 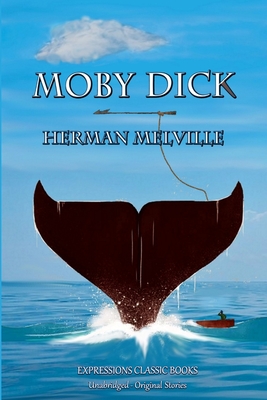 MOBY DICK or THE WHALE (Paperback)


Available to Ship from Warehouse - Ships in 3 - 6 days.
(This item cannot be returned.)
Over a century and a half after its publication, Moby-Dick still stands as an indisputable literary classic. This novel describes the ill-fated voyage of the whaling ship Pequod to find and destroy the eponymous white whale, driven by the obsessive Captain Ahab. A masterpiece of storytelling and symbolic realism, this thrilling adventure and epic saga pits Ahab, a brooding sea captain, against the great white whale that crippled him. Moby-Dick is often considered the epitome of American Romanticism. "There is a wisdom that is woe; but there is a woe that is madness. And there is a Catskill eagle in some souls that can alike dive down into the blackest gorges, and soar out of them again and become invisible in the sunny spaces. And even if he for ever flies within the gorge, that gorge is in the mountains; so that even in his lowest swoop the mountain eagle is still higher than other birds upon the plain, even though they soar. " ― Herman Melville, Moby Dick.