The Atl-98 Carvair: A Comprehensive History of the Aircraft and All 21 Airframes (Paperback) 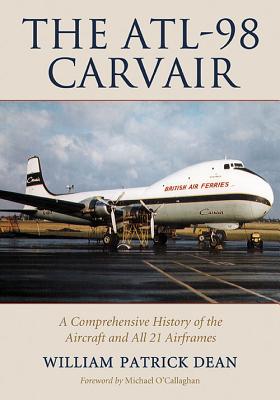 The Atl-98 Carvair: A Comprehensive History of the Aircraft and All 21 Airframes (Paperback)

This item may not be for sale. Contact store for more information.

The ATL-98 Carvair is a truly unusual aircraft. Converted from 19 C-54 World War II transport planes and two DC-4 airliners into a small fleet of air ferries by Aviation Traders of Southend, England, the Carvair allowed commercial air passengers to accompany their automobiles onboard the aircraft. The planes were dispersed throughout the world, operating for 75 airlines and transporting cars, royalty, rock groups, refugees, whales, rockets, military vehicles, gold, and even nuclear material. After more than 45 years, two Carvairs were in 2008 still in service. This comprehensive history of the ATL-98 Carvair, begins with corporate histories and profiles of key players, including William Patterson, Donald Douglas, and Freddie Laker. Four chapters illustrate the evolution of the car-ferry as a viable aircraft, the history of Aviation Traders, engineering details incorporated into the Carvair's production, and major Carvair operators. Chapters on each of the fleet's 21 planes provide individual histories and anecdotes. Seven appendices provide several kinds of data and the book is fully indexed.
William Patrick Dean served in the U.S. Air Force and spent three decades with United Airlines. He has published numerous articles and photographed more than 10,000 aircraft. He lives in Henderson, Nevada.