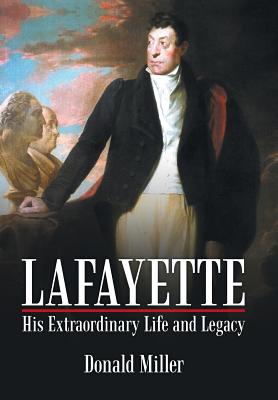 Lafayette was a charming French soldier who became like a son to George Washington and rose to lead troops in Virginia during the American Revolution. But what happened to him upon his return to France?

Donald Miller presents the most complete biography in English of an aristocrat who was "the hero of two worlds"-fighting to free England's colonies and then returning home to reject tyranny in France.

Lafayette inherited massive wealth and rode with princes, but he renounced his title to champion citizens' rights and offered reforms to end Louis XVI's absolute rule. His Declaration of the Rights of Man and Citizen proclaimed rights given to men by nature-not God.

As creator of the Paris National Guard, Lafayette designed its uniform and a French flag with the colors of Paris and the United States. He led a great fete marking the French Revolution's first year in the Champ de Mars, later scene of many deaths for which he was unfairly blamed.

When Lafayette returned to the United States forty-one years after its independence, he was celebrated as a hero. The ideals that made him one of history's most celebrated and intriguing figures remain just as relevant today as when he was alive.