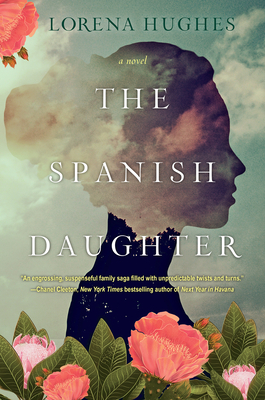 Perfect for fans of Julia Alvarez and Silvia Moreno-Garcia, this exhilarating novel transports you to the lush tropical landscape of 1920s Ecuador, blending family drama, dangerous mystery, and the real-life history of the coastal town known as the “birthplace of cacao.”


As a child in Spain, Puri always knew her passion for chocolate was inherited from her father. But it’s not until his death that she learns of something else she’s inherited—a cocoa estate in Vinces, Ecuador, a town nicknamed “París Chiquito.” Eager to claim her birthright and filled with hope for a new life after the devastation of World War I, she and her husband Cristóbal set out across the Atlantic Ocean. But it soon becomes clear someone is angered by Puri’s claim to the estate…

When a mercenary sent to murder her aboard the ship accidentally kills Cristóbal instead, Puri dons her husband’s clothes and assumes his identity, hoping to stay safe while she searches for the truth of her father’s legacy in Ecuador. Though freed from the rules that women are expected to follow, Puri confronts other challenges at the estate—newfound siblings, hidden affairs, and her father’s dark secrets. Then there are the dangers awakened by her attraction to an enigmatic man as she tries to learn the identity of an enemy who is still at large, threatening the future she is determined to claim…

“A lush Ecuadoran cacao plantation is the setting for this imaginative historical drama filled with sibling rivalry and betrayals. Threaded throughout this dramatic family saga are descriptions of cocoa-making that will leave your mouth watering for chocolate.” – The Washington Post

“A lushly written story of bittersweet family secrets and betrayals.” —Andrea Penrose, author of Murder at the Royal Botanic Gardens

Lorena Hughes is the award-winning author of The Spanish Daughter and The Sisters of Alameda Street. Born and raised in Ecuador, she moved to the United States when she was eighteen. Her previous work has won first place at the 2011 Southwest Writers International Contest in the historical fiction category, earned an honorable mention at the 2012 Soul-Making Keats Literary Competition, and placed quarter-finalist in the 2014 Amazon Breakout Novel Award. Named one of 9 Rising Latina Authors You Don’t Want to Miss by HIP LATINA, she’s the coordinator of the UNM Writers Conference. Lorena lives in Albuquerque, New Mexico and can be found online at Lorena-Hughes.com.

Praise for The Spanish Daughter

“A lush Ecuadoran cacao plantation is the setting for this imaginative historical drama filled with sibling rivalry and betrayals. Threaded throughout this dramatic family saga are descriptions of cocoa-making that will leave your mouth watering for chocolate.”
—The Washington Post

“Hughes portrays a small cast of characters while providing whodunit suspense and lots of background information on cacao plantations and insights into the way social classes are embodied in the production of chocolate. With an equal mix of historical fiction, dramatic family conflict, and mystery, this tale should please fans of Christina Baker Kline, Lisa Wingate, and Kate Quinn. Beginning with a map and ending with a reader’s group guide, Hughes' tale of secrets, treachery, and chocolate will be appreciated by fiction readers looking for an extra level of engagement.”
—Booklist

“An engrossing mystery/romance set in early 20th-century Ecuador and Spain… Fans of historicals will appreciate the descriptions of dress, local foods and customs, social stratification, and the cacao industry, a source of an economic boom and bust in early 20th-century Ecuador… As addictive as chocolate, this ends on a modern and satisfying note.”
—Publishers Weekly

“A lyrical and nuanced study of family and belonging. Readers will fall in love with The Spanish Daughter’s unique setting amidst the cacao plantations of Ecuador in 1920, its lush and vivid prose, and compelling and audacious heroine. I’m already looking forward to the sequel.”
—Anna Lee Huber, USA Today bestselling author of Murder Most Fair

“A deftly written story entangling family, identity, chocolate and murder, set in the lush golden days of Ecuador’s cacao boom in the early twentieth century. Hughes gradually weaves the separate tales of her narrators into a single strong thread, drawing you into the world of three very different sisters united by deception and loss. An exciting debut from this fresh voice!”
—Shana Abé, New York Times bestselling author of The Second Mrs. Astor

“An atmospheric and captivating mystery set against the backdrop of 1920s Ecuador, The Spanish Daughter is an engrossing, suspenseful family saga filled with unpredictable twists and turns.”
—Chanel Cleeton, New York Times bestselling author of Next Year in Havana