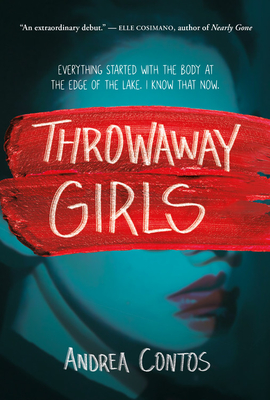 
This item may not be for sale. Contact store for more information.
A timely edge-of-your-seat thriller from a debut writer to watch.

Caroline Lawson is three months away from freedom, otherwise known as graduation day. That's when she'll finally escape her rigid prep school and the parents who thought they could convert her to being straight. Until then, Caroline is keeping her head down, pretending to be the perfect student even though she is crushed by her family and heartbroken over the girlfriend who left for California. But when her best friend Madison disappears, Caroline feels compelled to get involved in the investigation. She has her own reasons not to trust the police, and she owes Madison --- big time. Suddenly Caroline realizes how little she knew of what her friend was up to. Caroline has some uncomfortable secrets about the hours before Madison disappeared, but they're nothing compared to the secrets Madison has been hiding. And why does Mr. McCormack, their teacher, seem to know so much about them? It's only when Caroline discovers other missing girls that she begins to close in on the truth. Unlike Madison, the other girls are from the wrong side of the tracks. Unlike Madison's, their disappearances haven't received much attention. Caroline is determined to find out what happened to them and why no one seems to notice. But as every new discovery leads Caroline closer to the connection between these girls and Madison, she faces an unsettling truth. There's only one common denominator between the disappearances: Caroline herself.

Andrea Contos's debut is an edge-of-your-seat thriller. The suspense never lets up, even as the story raises important questions about class differences and how they are reflected in law enforcement. And the multilayered plot unfolds from two alternating points of view, making for dramatic changes in tone and pace throughout. With its unforeseeable twists involving an intriguing and intertwined cast of characters, this dark and moody story will keep readers guessing till the very end.
Andrea Contos has a degree in business from Michigan State University and left a successful career in human resources to focus on her writing. She was a 2017 Pitch Wars mentee and has also been a finalist in the Lone Star Writing Contest and the NTRWA's Great Expectations Contest. Andrea lives with her family outside Detroit, Michigan.
... Contos writes with an urgency that will keep readers involved in Caroline's journey and her efforts to remain true to herself.—School Library Journal

In Throwaway Girls, Cantos has used intense language to create a tough, courageous heroine and a gripping mystery that pulls no punches.—CM Magazine