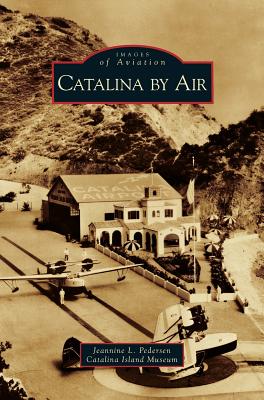 
Available to Ship from Warehouse - usually ships in 6 - 10 days.
(This item cannot be returned.) No refunds or exchanges
For years, reaching the paradise destination of Santa Catalina Island, located miles out in the Pacific Ocean, was possible primarily by steamship. But as early as 1912, the first amphibious airplane landed in Avalon Bay, and the first air-passenger service was introduced in 1919. Seaplane service thrived on Catalina, and aircraft engine roars became a distinctive memory for many residents, along with the thrill of crossing the channel by plane and landing on the water. The "Airport in the Sky" opened in 1946, with United Airlines operating DC-3s, followed by other airlines operating land-based planes. Today helicopters carry passengers across the San Pedro Channel in less than 15 minutes. This unique photographic history covers public air transportation to and from Southern California's iconic island, featuring memories and stories from residents, visitors, and airline employees.