The Constitution Explained: A Guide for Every American (Paperback) 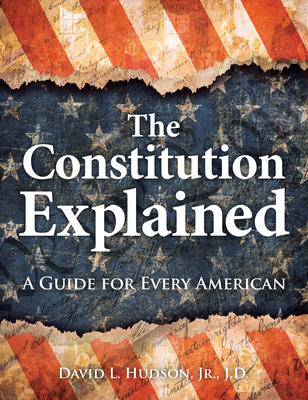 The Constitution Explained: A Guide for Every American (Paperback)


Available to Ship from Warehouse - usually ships in 6 - 10 days.
The United States Constitution is a short document, and it is written in general language, which leaves much of the meaning unwritten and open to interpretation. Dig into this important document and watershed in the history of governments

How the Constitution makes the United States of America different from many countries around the world because it gives us a peaceful mechanism to resolve governmental issuesThe rights and responsibilities of U.S. citizensAn in-depth look at the freedoms enshrined in the Bill of Rights"The Miracle at Philadelphia" and "the Great Compromise"The many different methods used to interpret the ConstitutionControversial U.S. Supreme Court picks throughout history and how the size and tenure of the Supreme Court justices has long been a contentious issueThe remarkable evolution of death penalty jurisprudenceThe "Bill" Process, Pardon Power, Power of Judicial Review, and other stated and implied powers found in Articles I (Congress), II (Presidency) and III (Judicial)And much, much more

A guide to the citizenship and the American government, The Constitution Explained sheds a light on the differing and changing interpretations of the many broadly worded key phrases in the Constitution. You'll learn how the Constitution has been adopted to different times and various situations. You'll learn what it does--and does not--promise U.S. citizens. Richly illustrated, it also has a helpful bibliography, glossary, and extensive index. This invaluable resource is designed to help you understand the power and strength of the U.S. Constitution