If the Fire Comes: A Story of Segregation During the Great Depression (Library Binding) 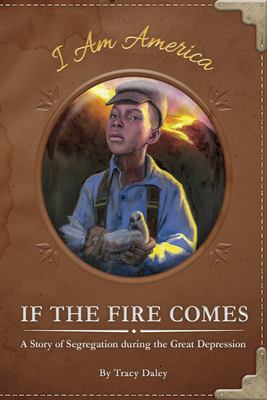 If the Fire Comes: A Story of Segregation During the Great Depression (Library Binding)

It's 1935, and the Great Depression and California drought has left eleven-year-old Joseph McCoy shining shoes to help his family survive. Through his hard work and games with his sister, Joseph has figured out how to get by as one of the few black people in a mostly white community. But the order of the town is disrupted when an all-black Civilian Conservation Corps camp comes to Elsinore, sparking racial tension. It isn't long before prejudice spreads like wildfire and threatens to force the work camp to leave. Could Joseph's secret project save the camp and bring his family hope for the future? If not, the whole town just might go up in flames.

It's the storytellers that preserve a nation's history. But what happens when some stories are silenced? The I Am America series features fictional stories based on important historical events about people whose voices have been excluded, lost, or forgotten over time.