Guide to the Alaska Highway: Your Complete Driving Guide (Paperback) 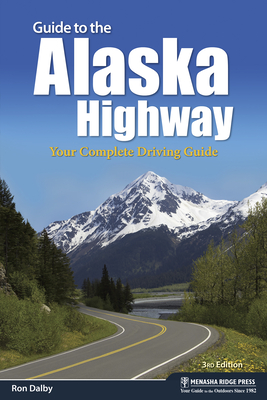 Guide to the Alaska Highway: Your Complete Driving Guide (Paperback)


Available to Ship from Warehouse - Ships in 3 - 6 days.
This book helps the reader create a safe and enjoyable driving adventure on the 1,500-mile Alaska Highway.
Ron Dalby grew up on the American road. He was but a year old in 1950 when he made his first trip down the Alaska Highway. Throughout the rest of his formative years, he crisscrossed the United States countless times as his father, a career army officer, moved from assignment to assignment. The urge to travel America's roads never left him. Annual forays in Ron's RV have led from his home in Alaska to as far away as Florida and almost everywhere in between. The RV is a perfect match for his itchy foot, and over the years he has owned or used one of every type available. Ron has worked as a writer and editor for nearly three decades, both as a free- lancer and on the staff of various publications. He served as editor of "Alaska Magazine" during the most successful period in its long history and has authored thousands of newspaper and magazine articles and five books. His most successful book, "The Alaska Highway: An Insider's Guide," though out of print for nearly a decade, is still available on Amazon.com's used book list. This early-1990s book has been replaced with this "Guide to the Alaska Highway." All of his writings are illustrated by photos he has taken himself. As a young adult, Ron served two tours as a helicopter pilot in Vietnam and later worked in Alaska as a military test pilot. He has made dramatic rescues of injured climbers on Mount McKinley (officially renamed Denali in 2015) and flown thousands of hours throughout the wilderness of Alaska, both in the military and as a civilian pilot. He has been married for 46 years to the former Jennifer Durland of Milwaukie, Oregon. She shares his love of travel and adventure and has more than once picked up on stories he might otherwise have missed. They have two grown children, Eric and Tiffany, four granddaughters, and a grandson.