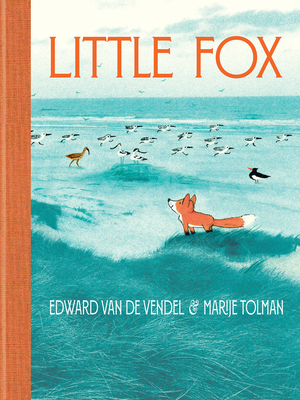 Little Fox frolics with butterflies, scavenges for food, and searches for new friends—despite his father's warning that danger lurks all around. Then one day he takes a tumble, bumps his head, and starts dreaming of things that reflect both the beauty he's seen and the scary things he's heard.

Marije Tolman's ingenious illustrations use a fresh technique that feels like a movie and a dream, starring the cheerful, bright orange Little Fox on grainy mixed media landscapes of blue and green. And when Little Fox wakes up, he's perhaps a little wiser, but still every bit as curious and full of life.
Edward van de Vendel has been a school principal, founder, and teacher. He has won many of the highest prizes for children's literature in the Netherlands, including the Golden Kiss (an award for YA fiction), and the Silver Pencil (an award for picture books and MG). He lives in Rotterdam, and travels widely.