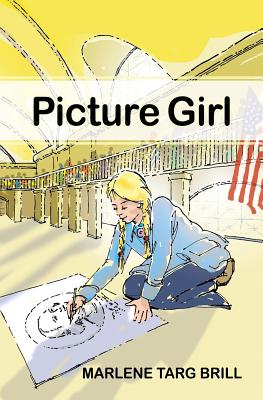 "But I want to stay here. I want to draw pictures of America forever."

This moving immigrant story tells how a spunky young artist saved her Jewish family from being deported to Ukraine and certain death in the pogroms of the early 1920s.

An independent, feisty girl, Luba drew constantly--after school, in storm shelters where her family hid from the murderous Cossacks, and on the SS Estonia on their way to America. By the time they finally saw the Statue of Liberty, Luba and her family had suffered violence, injuries, illnesses, and a storm at sea.

Once they were safely on Ellis Island, things turned bleak again. While the twins were recovering from measles, the immigration quota for Ukrainians was filled. It looked like the family would have to return to Ukraine, where they were hated for their faith. Then a guard saw Luba's drawing of President Woodrow Wilson, and everything changed.

Based on the true story of Louise Dunn Yochim, art supervisor for the Chicago Public Schools