The Adventures of Isabel: An Epitome Apartments Mystery (Paperback) 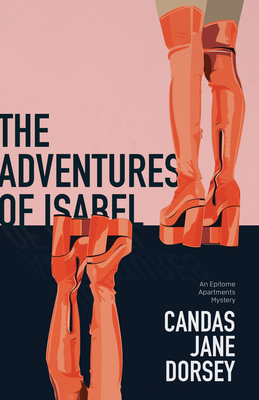 The Adventures of Isabel: An Epitome Apartments Mystery (Paperback)


Available to Ship from Warehouse - usually ships in 6 - 10 days.
Book one in a new playful and trope-bending mystery series featuring a queer, nameless amateur detective. "Candas Jane Dorsey's terrific mysteries are what would happen if Raymond Chandler and Frank N. Furter collaborated on cozies and the heroine were a pansexual private detective with heart, smarts, and a T-shirt saying MASCARA IS THE NEW NOIR." -- Sarah Smith, author of the New York Times Notable Book The Vanished Child. Rescued from torpor and poverty by the need to help a good friend deal with the murder of her beloved granddaughter, our downsized-social-worker protagonist and her cat, Bunnywit, are jolted into a harsh, street-wise world of sex, lies, and betrayal, to which they respond with irony, wit, intelligence (except for the cat), and tenacity. With judicious use of the Oxford comma, pop culture trivia, common mystery tropes, and a keen eye for deceit, our protagonist swaggers through the mean streets of -- yes, a Canadian city -- and discovers that what seems at first to be just a grotty little street killing is actually the surface of a grandiose and glittering set of criminal schemes.
Candas Jane Dorsey is the award-winning author of Black Wine, A Paradigm of Earth, Machine Sex and Other Stories, Vanilla and Other Stories, and Ice and Other Stories. She is a writer, editor, former publisher, community advocate, and activist living in Edmonton, Alberta.