Vladimir Mayakovsky and Other Poems (Paperback) 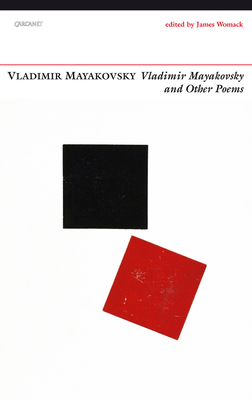 Vladimir Mayakovsky and Other Poems (Paperback)


Available to Ship from Warehouse - Ships in 3 - 6 days.
This book is the only single-volume anthology in English that fully represents the scope of Mayakovsky’s artistic work. It includes new translations of his major lyrics, as well as versions of several poems that have never been translated into English before. The predominant image presented in earlier translations and anthologies, of Mayakovsky as a hectoring, ranting poet, is replaced by a more nuanced figure, a writer whose apparent egotism is rather a means of dealing with a hostile world by fitting himself to its size.
Vladimir Vladimirovich Mayakovsky (1893-1930) was a Russian Soviet poet, playwright, artist and stage and film actor. During his early, pre-Revolution period leading into 1917, Mayakovsky became renowned as a prominent figure of the Russian Futurist movement; being among the signers of the Futurist manifesto, A Slap in the Face of Public Taste, and authoring poems such as "A Cloud in Trousers" and "Backbone Flute." James Womack has translated works by Alexander Pushkin, Vladimir Mayakovsky, and Silvina Ocampo.