Rommel: The End of a Legend (Hardcover) 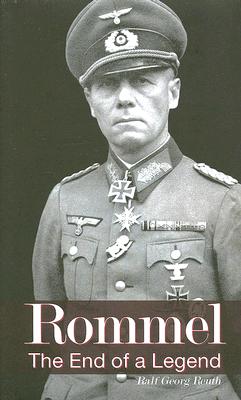 Rommel: The End of a Legend (Hardcover)

Out of Print - The publisher has officially designated the book as out of print.
Field Marshal Erwin Rommel was the most popular soldier of World War II. Under his leadership the German Afrika Korps advanced all the way to Egypt. Known as the Desert Fox, Rommel was considered invincible. That is the story told in the history books. Ralf Georg Reuth paints a different portrait of Erwin Rommel: a picture of a man who owed his fame in part to Nazi propaganda and whose role in the resistance is still unclear; the image of a soldier, who was promoted by Hitler and who continued to stay true to him until the end, when he committed suicide at the behest of his Fuhrer. His personal fate is the mirror image of the German tragedy of that time: to have followed the Fuhrer to the end and to believe that one had thereby done one's patriotic duty.
Ralf Georg Reuth, born 1952 in Oberfranken, Germany, is a historian and biographer. He is noted for his biographies of political figures, including Hitler, Goebbels, Rommel and Angela Merkel.