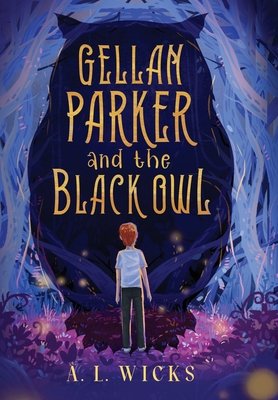 When he's left with a difficult choice, Gellan begins to learn that none of this started with him-it all began with his father, his mother, and his uncle. He wasn't even supposed to be part of any of it, but far too much has been concealed already... or forgotten.

From the cliffs of Ferndale to the islands of Cremstoll, Gellan begins to learn what he's really capable of, and finds that there are other people like him.

Then he realizes he can't do everything that the others can. And maybe that's a good thing.

You'll definitely want to read this fantastical adventure filled right to the edges with magical plants, witches and wizards, and mythical creatures

For parents and grandparents (and aunts and uncles): This book does NOT contain any swear words or sexual content that would make it inappropriate for children of any age. Though it does not contain any overt religious or Christian references, it is written by an author with religious and moral values.

It is an "urban fantasy" story, which means it is set in a modern times, and it takes place in the approximate locations of the quaint Victorian village of Ferndale, California and a fictional archipelago near the San Juan Islands in Washington state.

Even though it is a story set in our modern era, it is old-fashioned in the sense that it contains traditional values including courage, friendship, family ties, taking responsibility for one's actions, etc.

Despite all the qualities that make this an excellent book for kids, we know that some parents are opposed to any books that contain witches and wizards, wands and spells, elves and dwarves, whimsical settings, and legendary creatures (such as dragons and macrodons and indriks) like those that you would encounter in The Lord of the Rings or in folktales and fairytales from across the world. If that is the case for you, then this is probably not the book you're looking for.

Ploppletop Publishing LLC is committed to keeping all books we publish appropriate for children and teens, as well as well as providing uplifting books that give the reader joyful hours of reading, a sense of wonder, and as many laugh-out-loud moments as possible. It is the first book in a series that your kids will be able to 'grow up with.' And though it will include 'coming of age' moments that will be natural with the increasing age of the characters, we are committed to ensuring that the book series stays appropriate throughout its full length.

We hope you'll enjoy our books as much as your kids will, and that you'll find time to read them together.