Broken Icarus: The 1933 Chicago World's Fair, the Golden Age of Aviation, and the Rise of Fascism (MP3 CD) 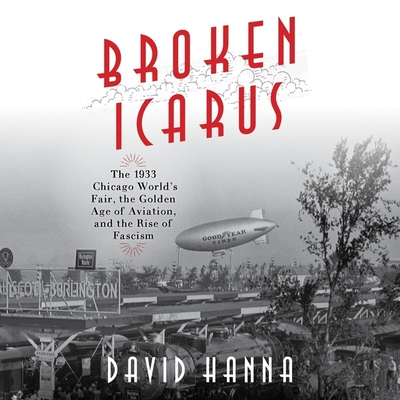 Broken Icarus: The 1933 Chicago World's Fair, the Golden Age of Aviation, and the Rise of Fascism (MP3 CD)


This item may not be for sale. Contact store for more information.
The 1930s still conjure painful images: the great want of the Depression, and overseas, the exuberant crowds motivated by self-appointed national saviors dressing up old hatreds as new ideas. But there was another story that embodied mankind in that decade. In the same year that both Adolf Hitler and Franklin D. Roosevelt came to power, the city of Chicago staged what was, up to that time, the most forward-looking international exhibition in history. The 1933 World's Fair looked to the future, unabashedly, as one full of glowing promise. No technology loomed larger at the Fair than aviation. And no persons at the Fair captured the public's interest as much as the romantic figures associated with it: Italy's internationally renowned chief of aeronautics, Italo Balbo; German Zeppelin designer and captain, Doctor Hugo Eckener; and the husband-and-wife aeronaut team of Swiss-born Jean Piccard and Chicago-born Jeannette Ridlon Piccard. This golden age of aviation and its high priests and priestesses portended to.